Kickstarter wanted a way to showcase the amazing things that the projects funded on the site had accomplished in 2012. From Oscar nominations to a marriage proposal, the projects on Kickstarter became a part of pop culture and our everyday lives. It was Kickstarter’s biggest year yet. 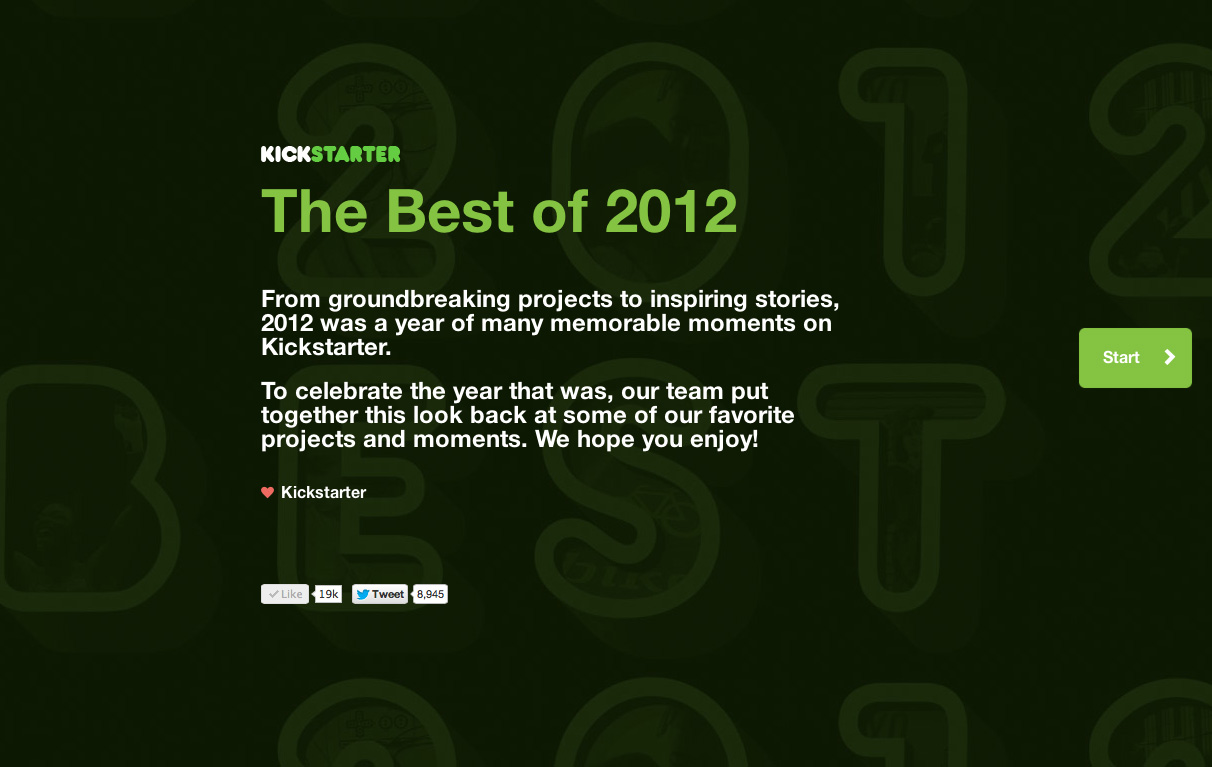 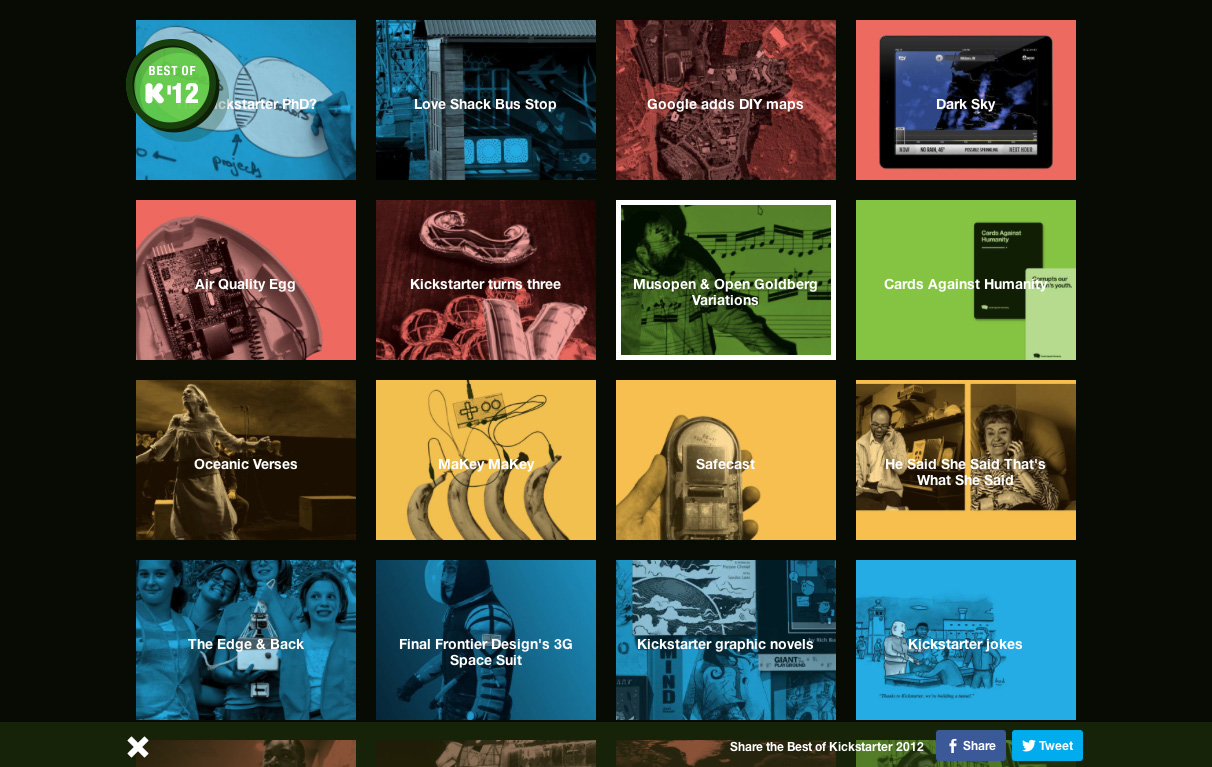 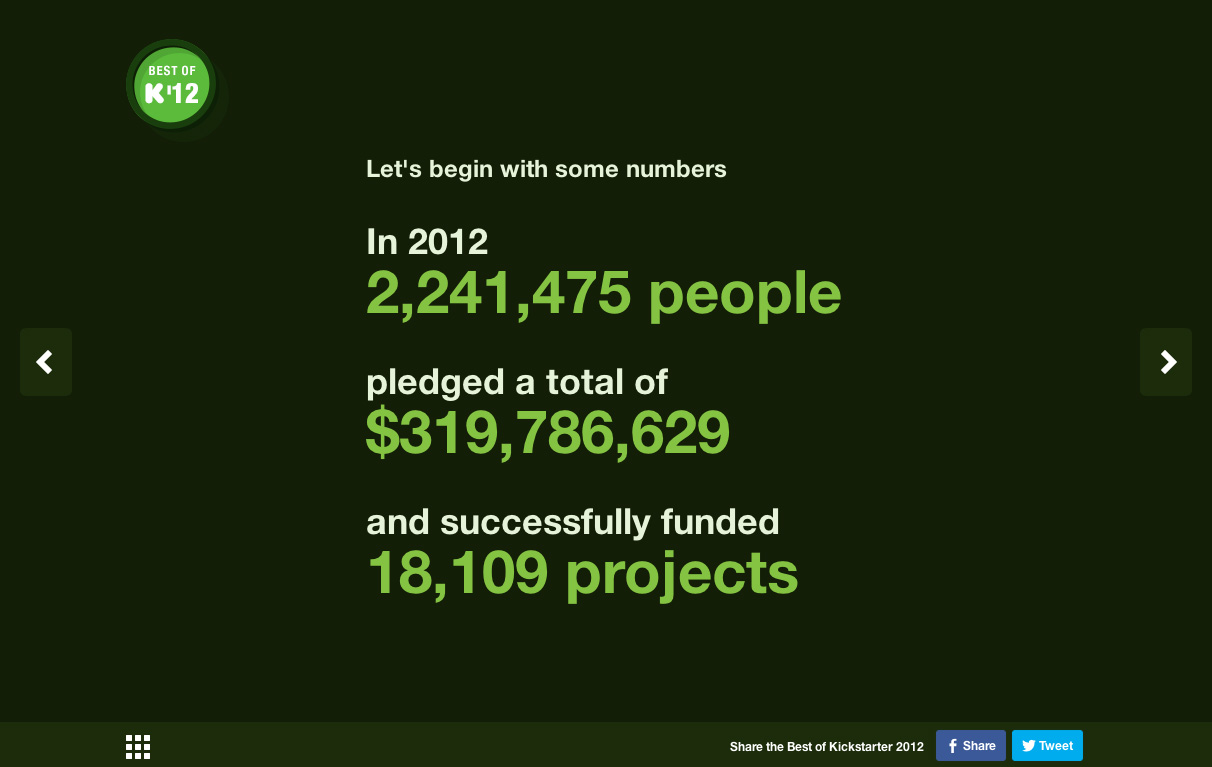 The design and editorial teams collaborated to create a narrative that was visually rich, allowed each project to shine on its own, and was inspirational to those contemplating creating projects themselves. We covered a range of projects, from those that were recently funded to those that had fulfilled to their backers. To bring the projects to life, we used a combination of videos, GIFs, and sound effects. Statistics are also a huge part of the Kickstarter experience; we published the records that were broken and the categories that had incredible successes over the past year, among other stats. 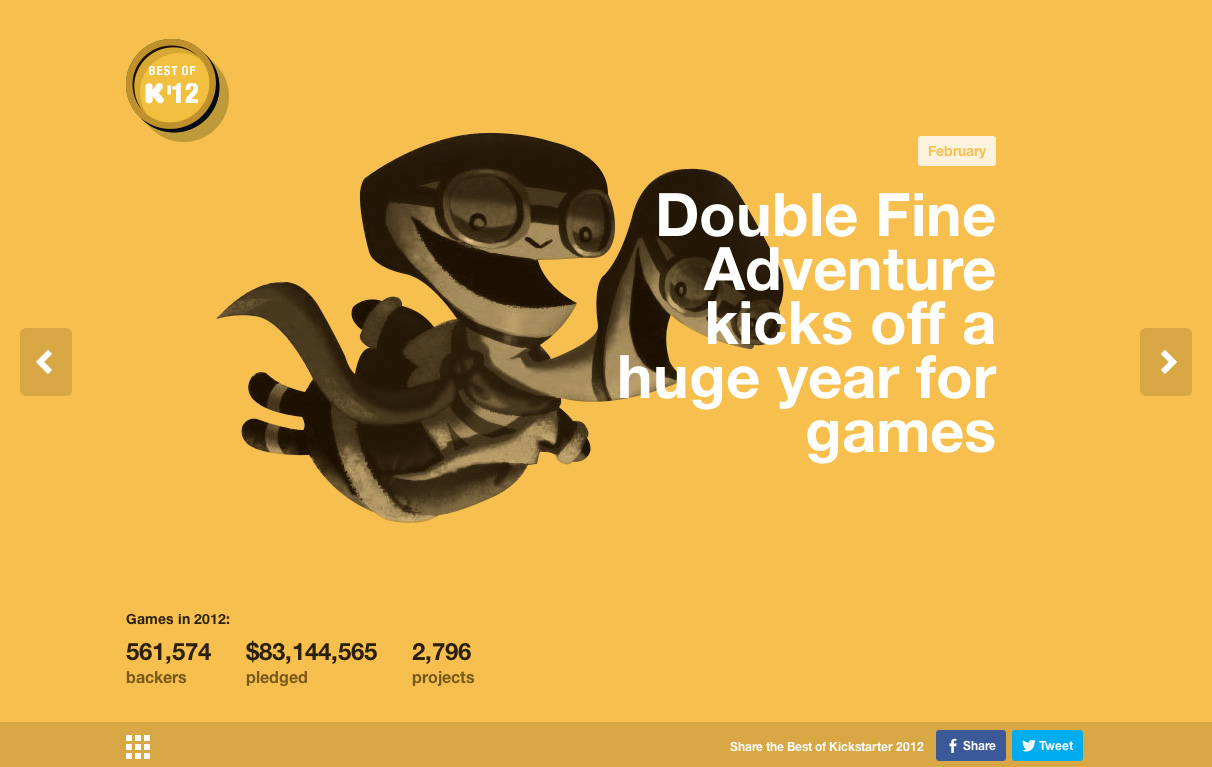 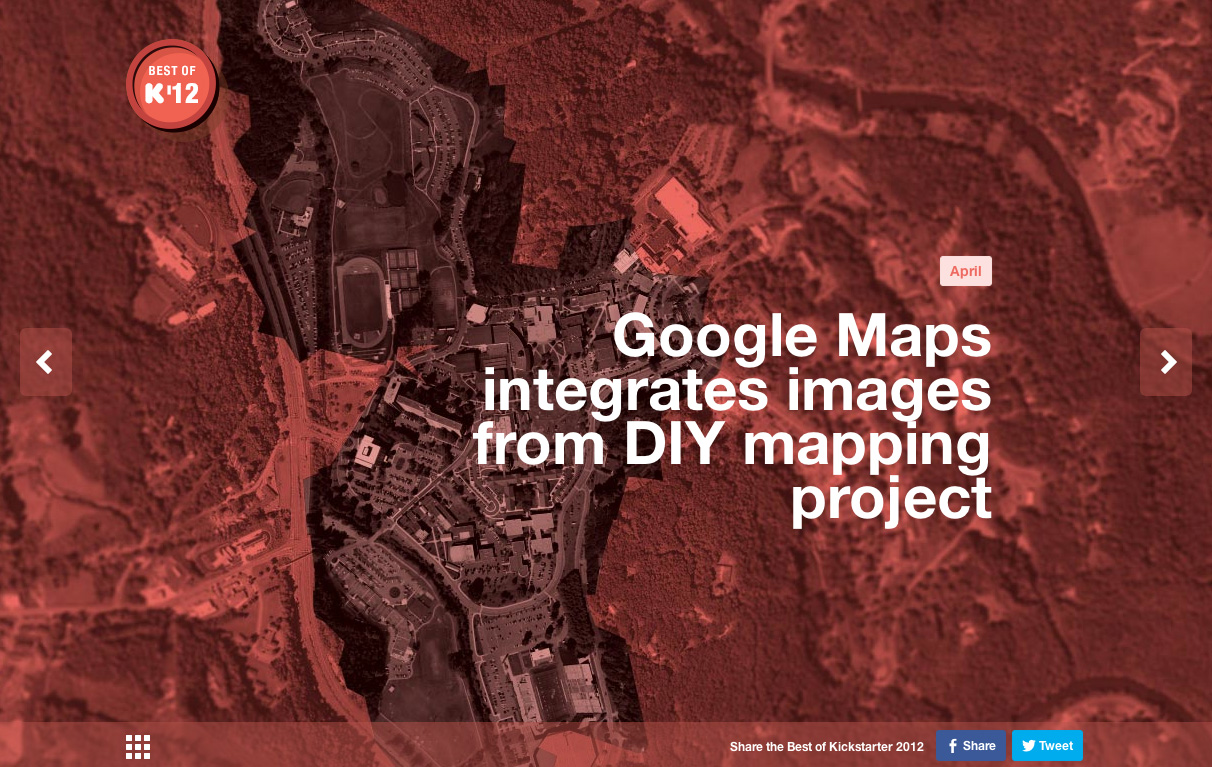 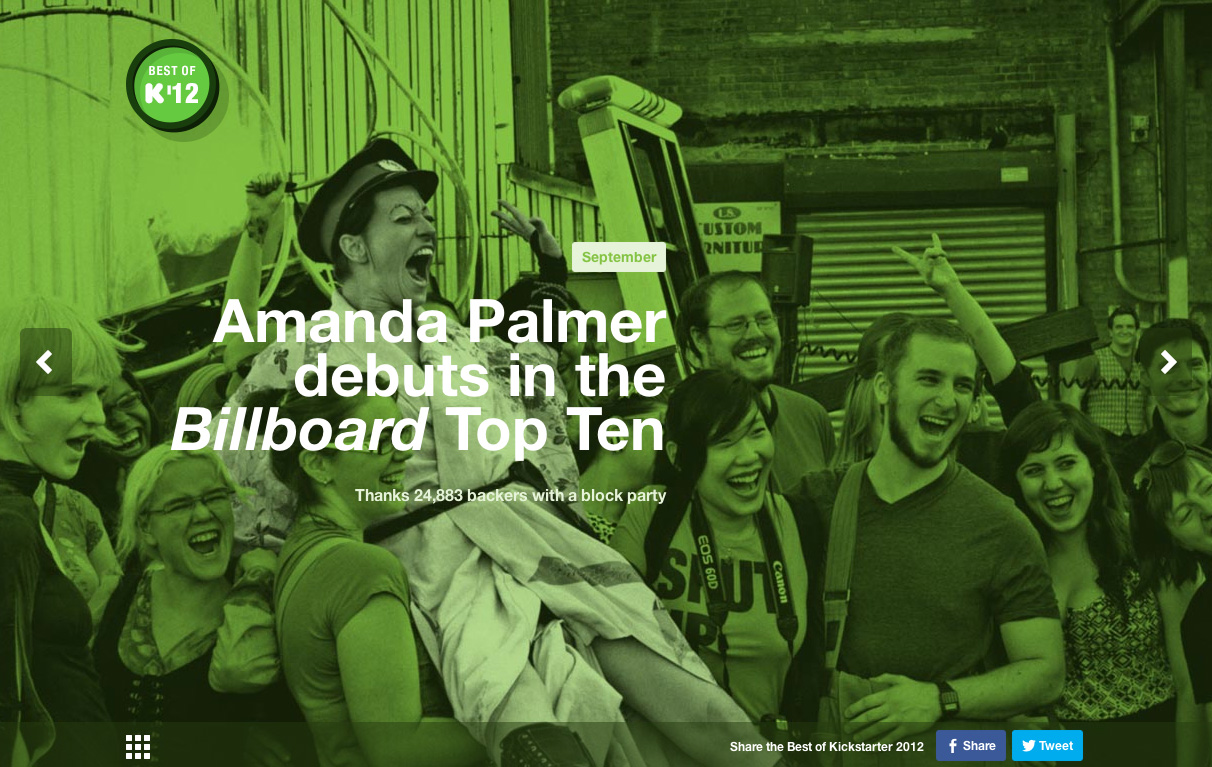 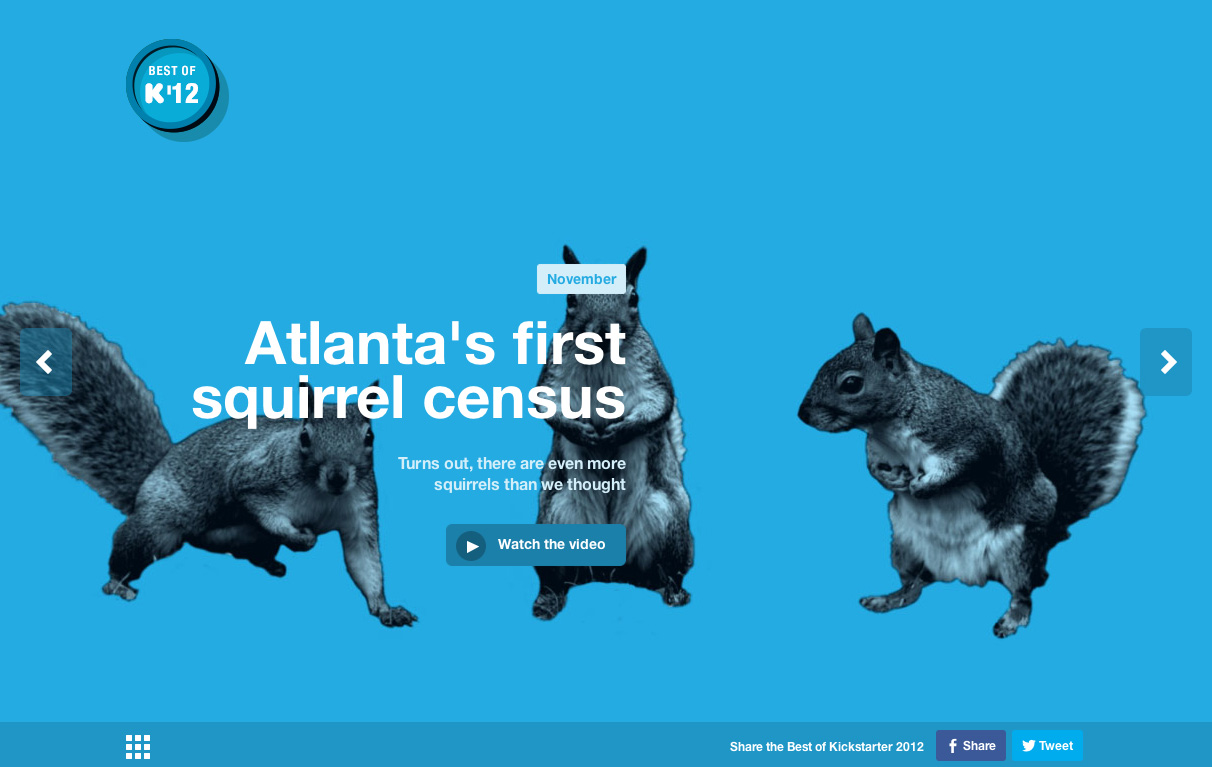 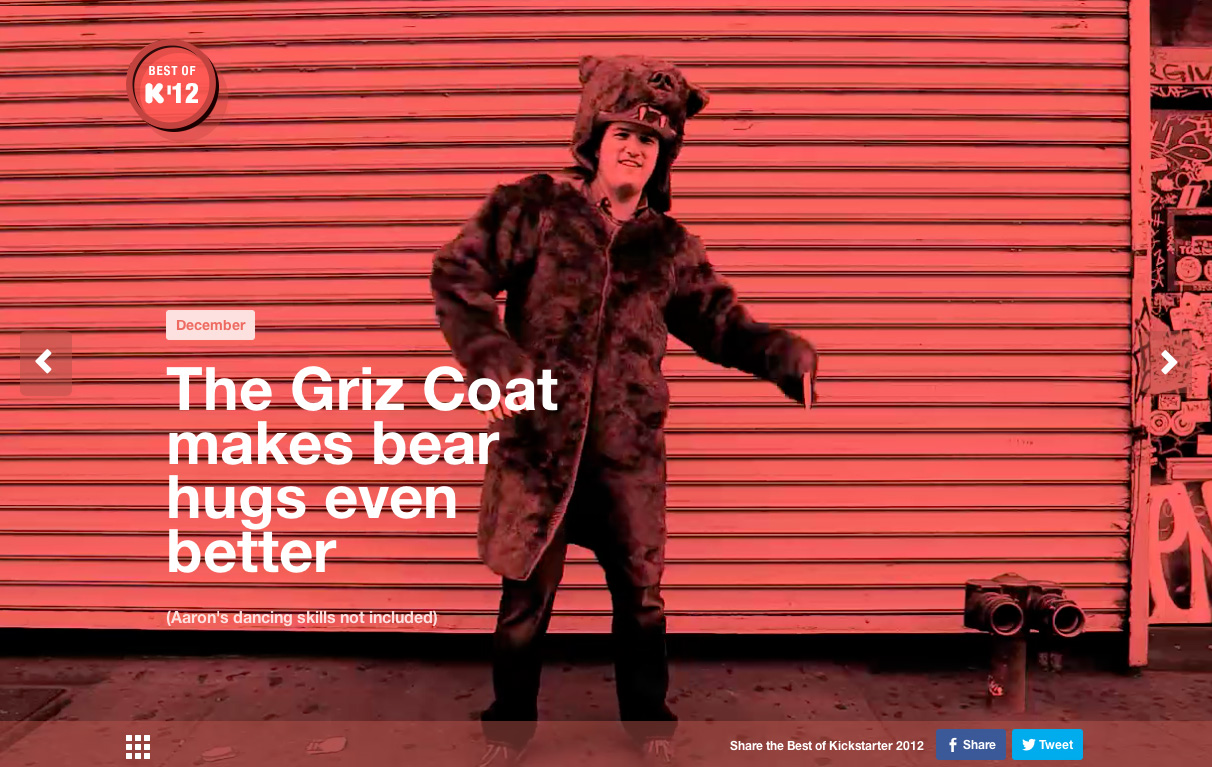 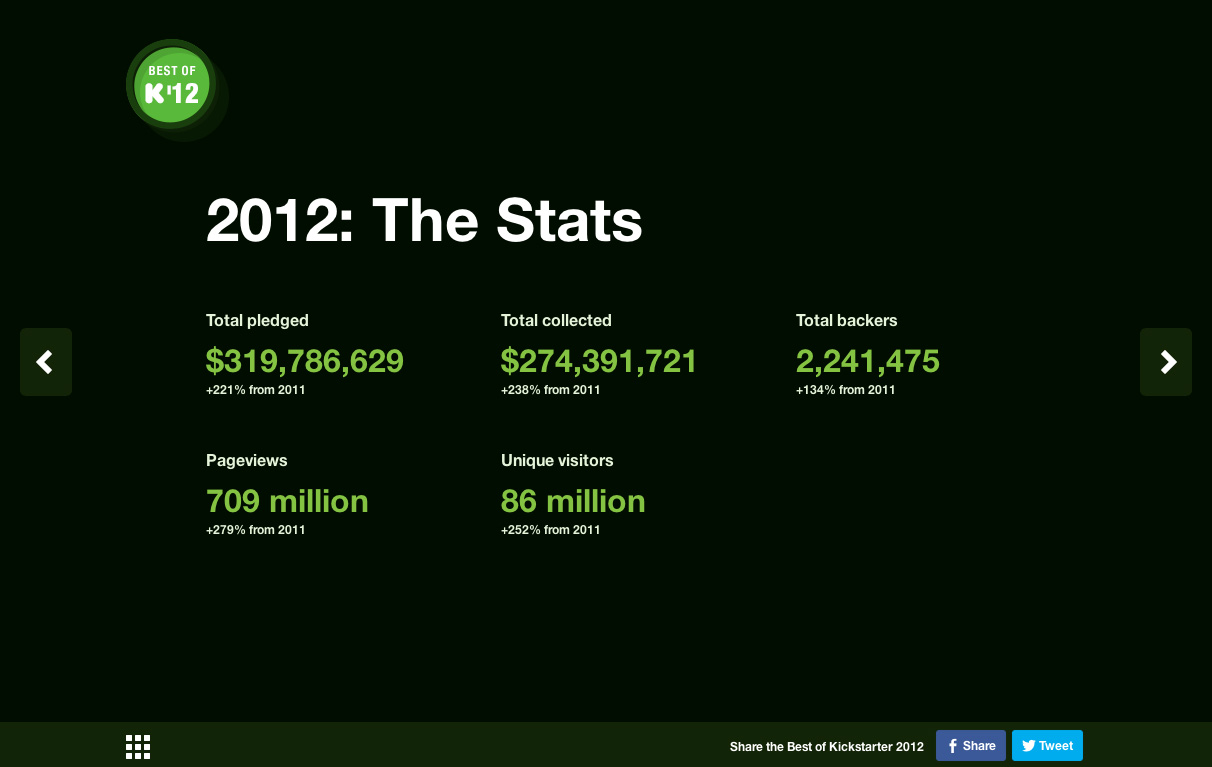 3 designers (me, plus Aaron Robbs and Chris Muccioli), 1 writer, 1 engineer

Jessica Harllee is a Principal Product Designer at Primary in Brooklyn, an avid crafter, and an amateur writer.